Welcome to the 2022 Midwest/West Regional Undergraduate Research, Scholarly, and Creative Activity Virtual Conference, hosted by Louisiana State University of Alexandria! We’re thrilled to have a wide variety of topics and themes represented here. Please take some time to view the presentations before the live Q&A sessions on 12 November (schedule below). You can also peruse the presenters listed alphabetically or by institution by using the links below.

Check out this performance from LSUA!

The most widely used acculturation scale among Asian populations, the Suinn-Lew Asian Self-Identity Acculturation Scale (SL-ASIA), aims to evaluate the degree of acculturation into Western culture in Asian American populations. The scale measures language & cultural preferences, interactions, generational identity, an affinity for ethnic identity & pride, food preferences, and generation & geographic history. The present study examined the factor structure of the 25-item SL-ASIA Scale using factor analysis. We surveyed 151 individuals of Asian descent, with the majority of the sample consisting of second-generation and continuing-generation participants. The parallel analysis identified three interpretable factors, which aligned with previous research that tested concurrent and factorial validation of the SL-ASIA Scale. Further research may focus on the implication of acculturation scales among Asian and other immigrant participants.

The poet Walt Whitman incorporated Mother Nature as a translative medium in Leaves of Grass to communicate spiritually charged messages to a skeptical audience. His free verse clashed with earlier literary Romantic notions of idealism and sentimentality. Through paradoxical patterns in his verses, Whitman ascertained that truth resided within the self. He led the “common man” towards enlightenment by relating the world’s polarizing forces to humanity’s progressive enlightenment. Though many scholars argue about Whitman’s concept of “self” in his poems, there is no uniform agreement for the boundary where Whitman’s “self” begins and ends. My research paper proposes that Whitman’s intentional liminality and his use of macro and microcosmic parallels within his poems point to the connectivity of all things in the universe. I argue Whitman’s moral stance remains neutral, reflective of Nature as an unbiased force witnessing everything from a higher perspective.

Isabelle Hoida currently lives in Green Bay, Wisconsin. She is a writing major and English minor planning to become a novelist and screenwriter.

The Varangians, under the new leadership of Rurik (r. 862-79) and his successors, allied with empires such as the Byzantine Empire and the Abbasid Caliphate. In turn, these empires provided the means for the Varangian rulers to advance politically and culturally through various parts of Western Europe. These events can be seen through the extant sources relating to the Rus. Indeed, a careful reading of the sources shows that the Rus created a proto-centralized government for the East Slavic Tribes, which not only brought stability but also provided the foundation for a Varangian dynasty to form. In addition, Constantine VII’s De aministrando imperio reveals a parallel relationship between the Byzantine Empire and the surrounding areas, which allowed the Rurik Dynasty to not only maintain power in Kiev, but also strengthened their power.

Kelsey Davis grew up outside the Wichita Falls, Texas area. Davis majored in history and graduated in May with a Bachelor’s degree, and is currently in the Master’s history program at Midwestern State University.

Animation uses optical illusion to suggest that if presented quick enough in succession, a series of still images can be interpreted as one moving image. I developed several series of still images that illustrate essential story elements. I examined how drawing skills and style adapted and evolved, by drawing continuously and photo capturing, using stop-motion animation software. Drawing techniques and process was inspired by South African artist, William Kentridge. The objective of my research is to animate a personal narrative with social commentary on DACA. Visual elements from the original screenplay were simplified for time and post-production editing. The project is incomplete but will be worked on to improve its aesthetics and fluidity.

Andrea Calzada-Vera is an art therapy major from Appleton, Wisconsin. Calzada-Vera plans to take a small break before pursuing a master’s degree in a mental health-related field.

Trauma in early childhood may lead to challenges with mental health, lower socioemotional development, and decreased self-regulation skills, which may be supported through trauma-informed practices. This study used a descriptive cross-sectional design to document early childhood educators’ trauma-informed practices in Superior, WI by surveying 22 educators and conducting 42 hours of classroom observations to gain an in-depth understanding of how professionals use trauma-informed care and what resources are needed to support their practices. This study found educators used five primary trauma aware practices including promoting social emotional learning, building relationships, supporting language development, being predictable/consistent, and being aware of trauma. Due to the nature of qualitative data, a high possibility for researcher bias may have influenced the results. Future studies may seek to explore the effectiveness of trauma aware practices explored.

Camryn Mead is originally from Eau Claire, Wisconsin and is a senior pursuing a double major in social work and psychology with a minor in early childhood. After graduation, Mead plans on going to graduate school to become a School Psychologist.

Gaps in music education have hindered the success of minority students to provide for and support their students. Traditional educational practices by a strictly Western classical perspective create a core limitation in the foundations of music as a whole that can not apply to every individual learning music. Prejudice has created the compartmentalization of students and musicians, along with the failure of low-income children’s full potential based on factors such as socioeconomic status and race. There have been studies to support new ways of increasing inclusivity starting in the classroom or through community-based learning. While changes have been proposed, they have not been thoroughly implemented. Through ethno-pedagogical practices, music education can be a major solution to the higher achievement of minority students in K-12 and to further diversify the music field.

Taylor Howard is a clarinet performance major from Webster Groves, Missouri. She plans on pursuing a PhD in ethnomusicology next year.

The purpose of this study is to analyze rhetoric used by Latine to protest gendered cultural expectations and double standards within their families and to create a documentary-style podcast that makes these findings legible to a broader audience. These gendered expectations and double standards are upheld through machismo and marianismo. By highlighting the Latine experience with gender roles, it brings personal acknowledgment to Latines feeling powerless in these situations. This acknowledgment gives them a greater sense of self and power to choose whether to be guided by the influence of machismo and/or marianismo or to break away from it. This study considers ‘How Latines understand and engage with cultural gendered expectations and double standards within their families’ in a podcast that relies on a series of interviews.

Originally from Dallas, Texas, Stephanie Robledo moved to Wichita Falls to attend Midwestern State University. Stephanie is an English and mass communication major, and plans to pursue a master’s degree in bilingual journalism.


Period Poverty in the Twin Ports and Beyond
Zoe Tietz, University of Wisconsin – Superior

Period poverty, the lack of access to menstruation supplies and facilities, creates inequality within everyday life. Previous research looks at urban areas to assess the inequality faced within menstruation. This study looks specifically at states within the Midwest. Assessing areas such as Duluth and Superior, a metropolitan rural area, allows for a better understanding of the overall effect of menstruation inequalities. Often those facing period poverty experience absenteeism due to a lack of supplies. We collected data from a range of students, many being undergraduates from a variety of socioeconomic backgrounds. A survey was distributed electronically, and participants were encouraged to share this link with peers. A qualitative and quantitative survey was provided to the public for a two-week period. These survey results brought forth the inequalities faced by those who menstruate. Menstruation inequality was experienced by groups above and below the poverty line.

Zoe Tietz is currently a junior majoring in broad field social studies education with a minor in special education. Her hometown experience of Wausau, Wisconsin motivates her to earn a master’s degree in education policy and a Juris Doctor degree in order to provide all students with the educational opportunities she experienced.

Zetta Cannedy is from Iowa Park, Texas and is a political science and global studies major. She intends to attend law school after graduation. Addison Elliott is a senior business management major from Childress, Texas. After graduation she plans on studying law.


Incorporation of Contemporary Chemistry in the Development of a Novel Experiment Adapted for the Organic Chemistry Teaching Lab
Faith McCauley, Louisiana State University of Alexandria

Chan Lam reactions involve the use of a metal catalyst to allow the aryl boronic acid and an amine to form a secondary aryl amine such as 4-nitrodiphenylamine. Teaching undergraduate students about novel experiments such as Chan Lam reactions allows them insight into what is used in textile, pharmaceutical, and polymer industries. The techniques involved also give undergraduate students experience and an idea of what they could expect to see after graduation, whether it be graduate school or the work force. By using Chan Lam reactions and a source of heat, reactions that would take days to complete now only need about thirty minutes to achieve a relatively efficient percent yield. Students are evaluated during this experiment based on their characterizations such as thin layer chromatography, retention factor, melting range, and calculation of percent yield after purifying their crude product by means of small-scale columns.

Faith McCauley is originally from Des Moines, Iowa, but has been in Louisiana for a majority of her life. McCauley is earning a degree in both general biology and pre-professional chemistry and plans to go to graduate school for a doctoral degree in either biochemistry or organic chemistry.

Tracking social distancing, contact tracing, and many other COVID regulations have become essential with the emergence of the COVID pandemic. In this work, we incorporate computer vision techniques in order to measure the distance between two individuals, verify whether each person is wearing a mask, and provide feedback to ensure individuals are maintaining social distancing in a classroom setting. The process analyzes the picture at regular intervals and uses them for contact tracing purposes. In academia and professional settings, the proposed work can be useful for enforcing government mandated social distancing and other preventative measures in an automated fashion. In this work, we develop a proof of concept prototype of the proposed system and present our findings.

Mohammadhossein Momeni is from Mashhad, Iran and is majoring in computer science and mathematics. Momeni is planning to obtain a Ph.D. in artificial intelligence. 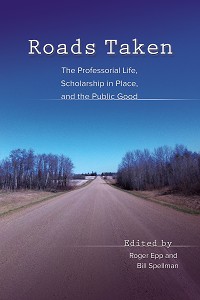 The Professorial Life, Scholarship in Place, and the Public Good
Learn More